Celebrities from all over the Arab flew to Abu Dhabi for the launch of Bulgari’s new Jannah Collection. The glorious high jewelry designs unveiled at the Louvre Abu Dhabi are the results an unprecedented collaboration between the Italian house and Her Highness Sheikha Fatima Bint Hazza bin Zayed Al Nahyan, member  of the ruling UAE Royal Family, that took almost two years to manifest.

Inspired by the intricate five-petal flower mosaics that adorn the pristine white marble ceiling of the Sheikh Zayed Grand Mosque in the UAE’s capital, the latest pieces bloom into exquisite strands weaving together diamonds and precious gemstones – each more extravagant than the next in true creative representation of ‘paradise’ the Middle – Eastern – inspired collection is named after. However, ‘flower petals may adorn, but they only epitomize the roots that run deeply’, explained Her Highness.

Bestowing a gift upon her beloved grandmother, the Princess created an extraordinary necklace with a single, cushion-cut Colombia emerald of 13.38kts as the centerpiece, paying secret homage to her grandfather with an engraving ‘Zayed’ on the back of the pendant. ‘Baba Zayed, you realized a ‘jannah’ on our soil, truthful to our heritage wile embracing the world. Today I dedicate my ‘jannah’ to you’, said the UAE royal.

A celebration of world culture commence under the dome of the iconic art museum, with an elaborate runway show to the James Bond hit soundtrack, Diamonds are Forever.

Prima ballerina-esque models in boldly colored ball gown and contrasting elbow-length gloves donned over 70 new jewelry and watch designs along with the La Dolce Vita reminiscent Cinemagia collection in a touching Rome meets Abu Dhabi tribute. ‘There are a lot of similarities between Italian and Middle Eastern women…the warmth, generous hospitality, and sense of humor’, said Bvlgari creative director for high jewelry Lucia Silvestri. ‘Whether I’m in Italy or the Middle East, I feel at home’.

Inaugurated by Sheikh Nahyan bin Mubarak Al Nahyan, the UAE Minister or Tolerance, the opening of the Jannah Collection exhibition led by Bylgari CEO Jean – Christophe Babin welcomed the region’s biggest actors and style icons to the exclusive viewing. Saba Mubarak, Dorra Zarruk, Tara Emad, Lojain Oman, Aseel Omran, Layla Kardan, and superstar Nadine Nassib Njeim were among the star-studded invite list while Indian actor and longtime friend of house, Sonam Kapoor Ahuja, made a special appearance as an exemplar for an empowered, modern woman born out of the fusion between Eastern and Western cultures.

On display were nine pieces belonging to the private collection of Sheikha Fatima in addition to 26 jewelry designs and two high-end watches. The expiation showcased several necklaces – including the Bulgari signature ‘Poncho’ style that takes a single artisan up to 1,500 hours to craft – bracelets, earrings, and rings, as wells as precious tiaras interpreted for a contemporary princess.

BUCHAREST | ROMANIA – Those hoping for a return to fashion normalcy later this year will have to wait a little longer. French fashion’s governing body, the Federation de la Haute Couture et de la Mode, has officially cancelled the upcoming men’s and couture fashion weeks. The spring/summer 2021 men’s shows were originally scheduled for … END_OF_DOCUMENT_TOKEN_TO_BE_REPLACED

The Duchess of Sussex has narrated an upcoming documentary about elephants, titled ‘Elephant’,  for Disney’s streaming service, Disney +, and it becomes available watch on April 3. ‘Disneynature’s Elephant, an Original Movie narrated by Meghan, The Duchess of Sussex, starts streaming April 3, only #DisneyPlus’, the medica company announced on Thursday. Her job corner just … END_OF_DOCUMENT_TOKEN_TO_BE_REPLACED

BODY, MIND AND SPIRIT | These Are Our Favorite Apps For Exercising At Home If You Can’t Get To A Gym

As coronavirus COVID-19 continues to spread, many of us are finding ourselves indoors and with limited or no access to local gyms. But, we still need to workout to stay healthy. There are plenty of apps available that can help you do that, either for free or through subscriptions. That means you don’t have to … END_OF_DOCUMENT_TOKEN_TO_BE_REPLACED 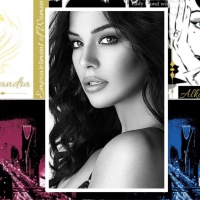 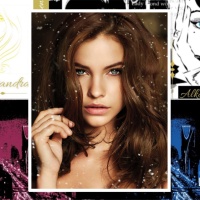