Worldwide protests about the treatment of Black people will alter the global fashion and beauty industries by creating job opportunities and products catering for a broader range of consumers, model Naomi Campbell told Reuters in an interview.

The fashion world has long been criticized for its lack of diversity. Some firms are already making product changes as protests about systemic racism sparked by the killing of Black people by police in the United States highlight issue related to race.

Campbell, who during a 34-year career was the first Black model to appear on the covers of French Vogue and Time Magazine, said she believed there  would be more opportunities for Black people as designers, stylists and make up artists.

‘Now the whole world is on the same page. The voices are coming out now…and I look at that with optimism that we will get out change’, she said.

‘We spend a lot of money. We are big consumers’, said Campbell, referring to the opportunities for business.

Earlier this month Band-Aid, owned by Johnson & Johnson, said it would launch a range of bandages to match a variety of skin tones.

Campbell, who two years ago told Reuters that Vogue magazine should launch an African edition, also said she had ‘come to understand that Conde Nast are working on bringing a Vogue Africa’.

Citing conversation with people at Conde Nast, she said it was being ‘looked into to be developed’ before the killing of George Floyd by police sparked worldwide protests. She did not provide further details.

Conde Nast said it does not comment on future business ventures but continuously works on the expansion of its brands globally.

THE POVER OF INFLUENCE | Tiffany & Co. Is Pledging Another US$2 Million To Vulnerable Communities Affected By Covid-19

The luxury jeweler Tiffany & Co. its commitment to Covid-19 recovery efforts with its Tiffany Infinity Collection. In celebration of the continued re-opening of its boutiques worldwide, Tiffany & Co. has announced the launch of its Tiffany Infinite Strength campaign, an effort which will further the jewellery’s commitment to Covid-19 recovery efforts. From July 1to … END_OF_DOCUMENT_TOKEN_TO_BE_REPLACED

Diamonds may be a girl’s best friend, but they can also cost a pretty penny. If you’re looking to splash out on a sparkle on a budget, we’re here to help. Nothing on earth can match the glitter, the fire, or the opulent beauty of a well-cut diamond. Prized since ancient times, these precious stone … END_OF_DOCUMENT_TOKEN_TO_BE_REPLACED

Meghan, the Duchess of Sussex, felt ‘unprotected’ by the British Royal Family while she was pregnant with her son Archie, according to London High Court documents filed as part of her legal action against a tabloid newspaper. Meghan, wife of Queen Elizabeth’s Grandson Prince Harry, is suing publisher Associated Newspapers over articles its Mail on … END_OF_DOCUMENT_TOKEN_TO_BE_REPLACED

Worldwide protests about the treatment of Black people will alter the global fashion and beauty industries by creating job opportunities and products catering for a broader range of consumers, model Naomi Campbell told Reuters in an interview. The fashion world has long been criticized for its lack of diversity. Some firms are already making product … END_OF_DOCUMENT_TOKEN_TO_BE_REPLACED

L’Oreal, the world’s biggest cosmetics company, will remove words referencing ‘white’, ‘fair’ and ‘light’ from its skin-evening products, a spokeswoman said on Friday, a day after Unilever made a similar announcement in the face of growing social media criticism. Unilever and L’Oreal are two big players in the global market for skin whitening creams used … END_OF_DOCUMENT_TOKEN_TO_BE_REPLACED 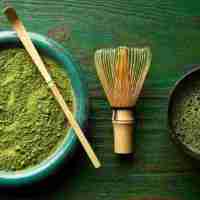