The 39th session of the Arab Women’s Committee kicked off on Feb.9 and declared Riyadh as the Capital of Arab Women 2020. The new phase is held under the slogan ‘Empowering Women…Development of Society’.

The session’s first day was dedicated to the regional preparatory meeting of the Commission on the Status of Women 64 (CSW), in which the 25-year long activities and performance of the Beijing Declaration and Platform for Action and the Beijing +25 Regional Review Meeting were reviewed.

During its second day, the Committee is scheduled to discuss several topics on the agenda.

It will begin by discussing the General Secretariat’s activity report between the previous session and the current one, empowering women in the Arab region and reviewing the sustainable development agenda 2030.

Attendees are also scheduled to follow up the outcomes of the ministerial conference on ‘Enhancing women’s role in Arab societies – lessons learned worldwide’.

The Kingdom’s hosting of the 39th session of the Arab Women Committee comes in line with its efforts to serve Arab issues and support the development carried out in all Arab societies, said Secretary-General of the Family Affairs Council Dr. Hala al-Tuwaijri.

She said the meetings advance women’s status and support their rights through economic and social empowerment and highlight their leadership and influential role in vital sectors.

Tuwaijri pointed out that during these meetings Riyadh was declared as the Capital of Arab women for the year 2020, under the ‘The Woman is a Nation and an Ambition’.

She highlighted the Kingdom’s presidency of the G20 and the subsequent meetings that confirm the international role played by the Kingdom at all levels.

Saudi Arabia is going through a new stage in empowering women, supporting their participation in sustainable development in various fields and providing them with their full rights within the society.

The Family Affairs Council is the official authority in Saudi Arabia that represents women, family, children and the elderly in international organization and bodies.

It’s easy to think of Barbie as someone who was born with flawless skin. OK, born may be the wrong word, considering she’s a doll, but that hasn’t stopped real, live humans from envying and emulating and emulating the icon’s beauty – especially now that she represents an increasingly diverse way to be beautiful. But … END_OF_DOCUMENT_TOKEN_TO_BE_REPLACED

Meghan, the Duchess of Sussex, spoke publicly for the first time about George’s death calling it ‘absolutely devastating’. She was speaking to the graduating class of Immaculate Heart High School in Los Angeles, in a video message commencement speech on Wednesday evening. In a heartfelt, she said she had been hesitant  to   speak about the … END_OF_DOCUMENT_TOKEN_TO_BE_REPLACED

Forget Covid-19, George Clooney thinks America’s greatest pandemic is racism, and the cure is to vote. In response to nationwide protest sparked by the death of George Floyd while is custody of Minneapolis police, Clooney wrote an essay published by The Daily Beast on Monday. ‘How many times have we seen people of colors killed … END_OF_DOCUMENT_TOKEN_TO_BE_REPLACED

The lack of variety when it comes to ‘nude’ toned clothing has been an ongoing issue for many. However, there are brands such as Christian Loubutin that are finding ways to expand their offerings to fit the needs of a wider range of skintones. In 2013, the luxury brand originally launched their Nudes shoe collection … END_OF_DOCUMENT_TOKEN_TO_BE_REPLACED 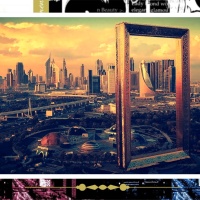